Keith McNally is a popular pod caster also known as Keith Courage who hosts a show called the Vinyl Countdown. On Saturday 23 Feb 2013 at exactly twelve noon in room RCC-361 there did occur a rare opportunity to attend and participate in a live taping of a Keith Courage podcast which would be available on Keith McNally’s popular channel, KeithCourage.com/VinylCountdown

The session had a very interesting name and description, and it definitely stood apart from all of the other sessions offered inside Ryerson University that day or the next.

Star Trek was a Cool Show

This is a Advanced Culture & Entertainment Panel 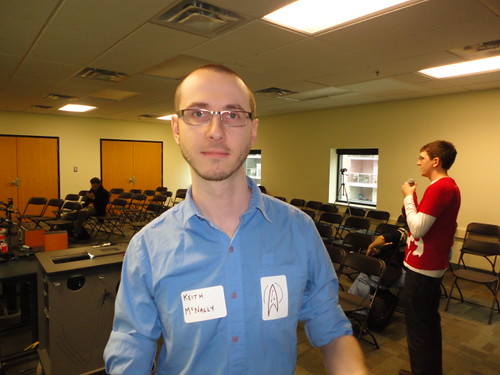 Speakers included John Leschinski, @Picard102 Robofuc Brad, Keith McNally, @KeithMcNally Craig Webster, @Craigor Squidpod Joel, @SquidPod. Everyone in the room was basically just taking a break from Podcamp Toronto 2013 because we all knew going in there would be little real information passed to the audience, and boy were we right about that!

It was amusing as anything though to see the serious people exercise their option to leave the room (because Podcamp is an unconference where people can come and go as they please), and I too considered walking out and finding a more instructive seminar. Looking back now I’m glad I stayed. And just today I found and listened to the podcast we made. Here’s a link to the audio track that was recorded that afternoon.

The session started well with the guys introducing themselves, and they give background information on their Vinyl Countdown weekly podcast, and how their past contributions to Podcamp were largely ignored, and so this year they decided to run a session that had the words Star Trek in the title. That way they could at least secure that audience, and they could also talk about their favourite show and debate the merits of this familiar brand of science fiction television. 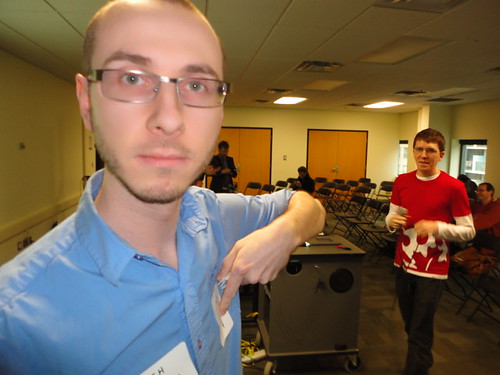 The panel did not apologize for being completely off topic and unrelated in anyway to the rest of the Podcamp13 experience, but rather they asked the audience to embrace their different content and take a minute away from the unconvincing techno babble about the merits of social media for customer relationship management and blah blah. Keith did some cruel impressions of other speakers with cliche quotes like, “…if a customer feels insulted, try and be nice about making them feel better”, and “…Look, you can’t make money as a pod caster so give up!” he stated, then recanted jubilantly saying “…Oh I’m sorry no You can do it by harmonizing your synergies and with hashtags and rss feeds…’ 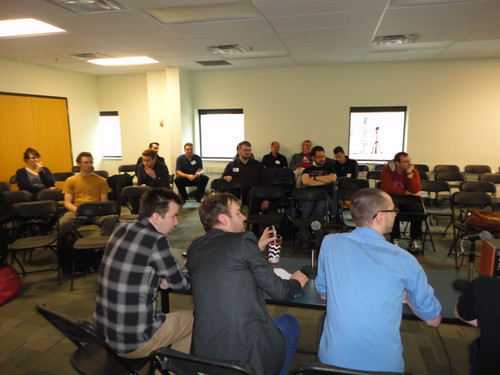 John Leschinski had signed them up for ‘Star Trek is a Cool Show’ Podcamp 2013 session back in early January – he revealed that he does not plan to get married in a Star Trek uniform. “That’s stupid”. The session started with Keith McNally asking John Leschinski how many complete Star Trek uniforms he owned, and to this question John replied that he only has two (both red I believe, styled after his favorite character, Captain Jean Luc Picard). Keith then asked if they doubled as pajamas and if John slept in them at night, which John denied, and then revealed that he does not wear pajamas.

This jocularity was followed shortly thereafter by a rousing discussion about the origin of British accents and their use in American film and cinema, and then back to Star Trek on Netflix

Data is a horrible robot!

What can he really do? Keith asked. “He can move his hands really fast” Joel volunteered. “Remember the episode where data has a beard? That’s totally a season eight episode. Like he’s selfish. He’s a shitty person, he’s a piece of crap robot.” These are the highlights of the session dialogue at this point.

“He can type fast and lift heavy things, and can do voice impersonations unless they involve contractions and that gives him away” laughs John. “He’s not even a great computer, he doesn’t have wifi…”

John Edgar asked how long it would be before humanity has a robot like Commander Data? And Keith pointed out that we have to get through the eugenics war and the rape gangs that Tasha Yar lived through. Then the session deteriorated into a hate speech against Wesley Crusher, but not Will Wheaton. Smojoe pointed out that Wesley was special because of The Traveler said so.

What are their Favourite Star Trek Episodes?

Smojoe asked the group which were their favorite episodes from what series and why, and the answers were all episodes from The Next Generation or TNG

John Leschinski was the first to answer and said quickly, “Best of Both Worlds” and “All Good Things”. Keith’s favourite episode is “iBorg”

Craig likes the episode where Data bangs Yar? The Naked Now? Is that right? answer in comments if I got that right or wrong someone.

Brad’s favourite episode is Lower Decks (season 7 episode 15) and this plot is apparently so good the producers did it again, or there’s a very similar episode in Deep Space Nine.

“All our favourite episodes are next generation,” Keith McNally summarizes “and so it really begs the question if any of the other series are worth a good god damn?!”  But that is the true irony because TNG does have some of the worst episodes, worst of all time , the very worst. Especially first season.

Why was Star Trek Enterprise so bad? 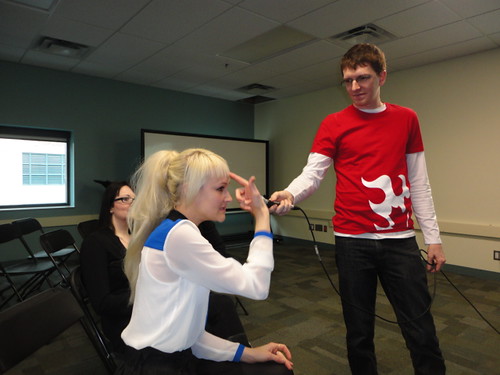 More importantly the prequel failed because the producers and story editors ignored the previously established timeline of events set up in the other series.

It seems most of the panel disliked the Star Trek Voyager series because of Captain Janeway and even more were annoyed because of Tuvac the Vulcan lieutenant.

One thing that came right at the end of the session was this gem from Craig when he said, “A good Vulcan character can’t be expressive, they have to be repressed, and must be shown to have trouble communicating any emotions.

Smojoe asked where he could have a listen to this amazing podcast, and Keith answered,